Dance of the dead 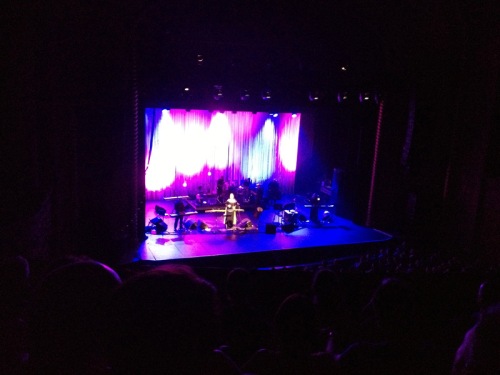 Last night Penny and I fulfilled a 20 year musical ambition by finally getting to see the remarkable band Dead Can Dance play here in Melbourne. They’re a musical duo, but I have always preferred the ethereal vocal tracks sung by Lisa Gerrard in a language of her own design to the earnest ambient folk songs of Brendan Perry. Hearing Gerrard sing “Now We Are Free” from Gladiator was one of the highlights of my gig-going life; I think the hairs on the back of my neck are still up.

Dead Can Dance have many gothic ambient tracks suitable for roleplaying game sessions. The right music is the secret of my success as a Keeper; it lifts a session well above the ordinary, and players admire any sync between the story and the soundtrack as evidence of your genius (it is in fact luck, although the right playlist helps). Gerrard’s soaring emotional track “Sanvean” is perfect for, say, when the investigators must break the hard wintry ground of Europe 1923 to bury one of their own. (Not that we’re saying that is a certainty. Did we mention we are adding a new Investigator Survival Guide?)

I’m always on the lookout for ambient music for writing and for gaming, so when we were in Istanbul I was keen to get some Turkish music. Istanbul Encounter from Lonely Planet recommended Lale Plak up in the Beyoğlu shopping district; we were heading up there anyway in search of a painting of tortoises. The shop was crammed with jazz, ambient and more, and there was a cat asleep in a box full of vinyl. 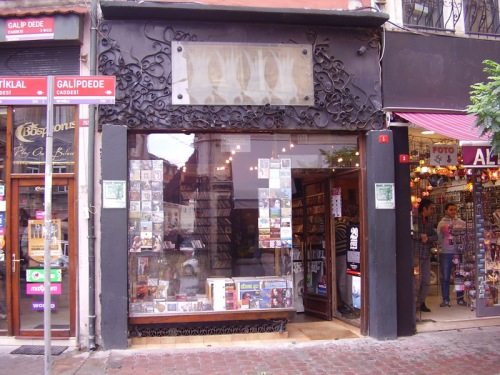 The friendly owner suggested Mercan Dede, a project by Turkish-born DJ Arkin Allen who embellishes his electronic ambience with traditional instruments and Sufi lyrics. It takes me straight back to the Bosporous whenever I listen to it, and I look forwards to using some of the tunes in the playtest when the investigators reach the Golden Horn. Here’s a sample from Breath (2007). Imagine the investigators plunging into the Grand Bazaar. Are they being followed? Surely not…

Horror on the Orient Express already has its own soundtrack, composed by Alex Otterlei. He is working with Chaosium for a new special issue release to coincide with the boxed set. You can hear samples from the current version on CD Baby and iTunes. It’s an honour to work on such a project with so many fantastic creative people bringing our train to life.